Meet Our New Head of Marketing

Having expanded our team with two new key hires in development/design and marketing as detailed last week we thought a more detailed interview with our new Head of Marketing, Josh Long, would be interesting. Colin Hayhurst our CEO, served up eight questions for him and got back these responses...

Josh, you were one of a few applicants from just under 200 that asked before applying for the role who our investors are. Why was our answer needed before you decided to apply?

In the scripted scenes of Netflix's The Social Dilemma, algorithms are depicted as living beings inside your devices and giving little nudges here and there in order to encourage certain behaviours. I think this is quite a powerful idea, but it's not complete. The processes that have pushed people into fringe conspiracy theories, and further fed into monopolistic power in certain sectors, are influenced and dictated by a group of real people. These are individuals that we pretty much never interact with, even if we are the most loyal of customers for a specific product. They are in privileged positions and make huge profits off pushing and pulling society towards certain forms of action. To know the true nature of a company you must understand where the money is coming from and who has control. The response I got to this question about the lack of venture capital funding gave me a great deal of confidence and trust in the business and team. It was apparent and is now clear to me, that the investors are not pushing Mojeek in a direction that is against the best interests of the people using the search engine. They fully respect and support its history of having no interest in implementing tracking.

Before joining us you were working for an ambitious blockchain startup and one of the founders of Ethereum. Why would you switch from a role working on emerging technology to one where the market is viewed to be quite mature?

I very much believe that the work of the AKASHA Foundation has great potential to create a fairer, more transparent, and more democratic space for people to talk and exchange value. I wish them all the best. Web 3.0 technologies could possibly be used more in the future, but they are not creating great change right now. I have been dodging tracking, using encrypted messengers, and tinkering with open source tech for a great deal of time. It seems like there's been a recent uptick in terms of the number of people who are interested in using new tools in order to shake this big, scary data monolith. I think now is a better time than any to ride this new wave of public feeling and curiosity, and to work on developing a more trusted and transparent Web.

How has your experience at university shaped your career?

Anyone who has completed an undergraduate degree in Economics will know that the first piece of information that is put in front of you is unlikely to be true, even when it comes from a source that you would have few reasons to doubt on paper. I guess some of my skepticism comes from this period of my life, as well as my appetite for reading as broadly as I possibly can. On top of this, in order to stay afloat financially during my studies I worked at the on-campus shop, eventually becoming one of the managerial team. I wasn't necessarily the best at building relationships growing up, and I think this period of my life really bolstered my emotional intelligence and communication skills. In my third year, alongside a good friend, I won a StartUp Sussex Award, a grant given to young entrepreneurs after having gone through an idea-pitching process with a group of experienced businesspeople. This experience gave me a great deal of insight into the world of business and startups.

What are your views on privacy and what tools do you use to protect yours?

How much space am I allowed to use up here? I think at the moment we definitely have it all backwards. People with gigantic quantities of money are able to embed their power bases and avoid taxes using clever legal and financial practices, whilst regular private citizens are having their inboxes scanned and their walks to work recorded by a multiplicity of security cameras. Where we are now is really not a good place, but where we could be in the future is deeply concerning. If Elon Musk manages to meld your brain with Neuralink and your cellphone, and your house gets filled up with surveillance devices like Google Home, things will be much worse.

I use a variety of browsers, with my preferred one being Firefox with uBlock Origin, Privacy Badger, and BitWarden running as well as a few other useful pro-privacy extensions. My house is full of Raspberry Pis, one of which is my DNS server and is currently blocking a long list of known analytics and tracking requests. Much to the annoyance of many less privacy-conscious friends, I always push people towards trusted e2e messengers such as Signal and email providers such as ProtonMail when communicating with me. I also have a whole host of throwaway VOIP numbers and email addresses courtesy of Sudo for when that product-or-service-that-definitely-doesn't-need-to-contact-me has a red asterisk by the mobile number or email address box. On top of all this, and of the utmost relevance to this new role, I make sure that my search is always done through entities which do not track.

What has most surprised you most about the world of search engines since you interviewed with us, and after you joined?

That the bulk of alternatives to the Google/Bing search duopoly aren't really different sources of information. Whilst I knew that Mojeek has it's own independent index, I had no idea that it is the only actively developed search engine that does not track you. I do think it's an understandable move from an individualistic perspective to flip over your search activities to a non-tracking service which runs on top of Bing's results. Looking at it more deeply, and thinking about the way in which (near) monopolies form and stick, it is fundamentally a prosocial move to support an alternative that is doing the work to build a competing index of information. It might feel good to know that your search service, which pulls results from Google or Bing, isn't storing information about you personally. However you are still providing a flow of information and value to Google and Microsoft.

What was your experience like in applying to Mojeek and since starting?

The application process was friendly, informal, and transparent, which I appreciated greatly. I think that the way forward when it comes to these processes is to throw away the set-question templates that seem to pervade corporate environments and to engage people in conversation. There's a great deal of formal baggage which comes with applying for jobs that results in people not truly being themselves. Since starting I have been astounded by the degree to which the team runs on self-hosted and open source tools. The revolution is best built without leveraging the Google Suite. At Mojeek, using Jitsi, Nextcloud, Zulip, and Fastmail, I'm no longer worried about how my daily labour is feeding into systems and companies that I am deeply and philosophically opposed to.

How are you planning to engage with people that use Mojeek?

My experience of community building is that the best work comes from listening, and that those who have chosen a different path have a lot of interesting things to say. I think that any proposed tweaks or changes to Mojeek in the coming months and years should be informed by the experiences of those people who use the engine. From a functional point of view there are a few easy wins in terms of modifications to current communications channels, as well as the opening up of new ones.

As you know Marc Smith our founder has done an incredible job getting Mojeek to where it is today, but what's the thing that's impressed you the most?

Existing for this long whilst also staying true to your values is a very difficult thing to do. To me it was clear from answers in the Reddit AMA that Mojeek is not seeking to become an also-ran that faded away after taking a paycheque from a competitor, or an entity corrupted by its own success. You can say don't be evil until you're blue in the face, but it doesn't mean anything if your actions are fundamentally at odds with that statement. 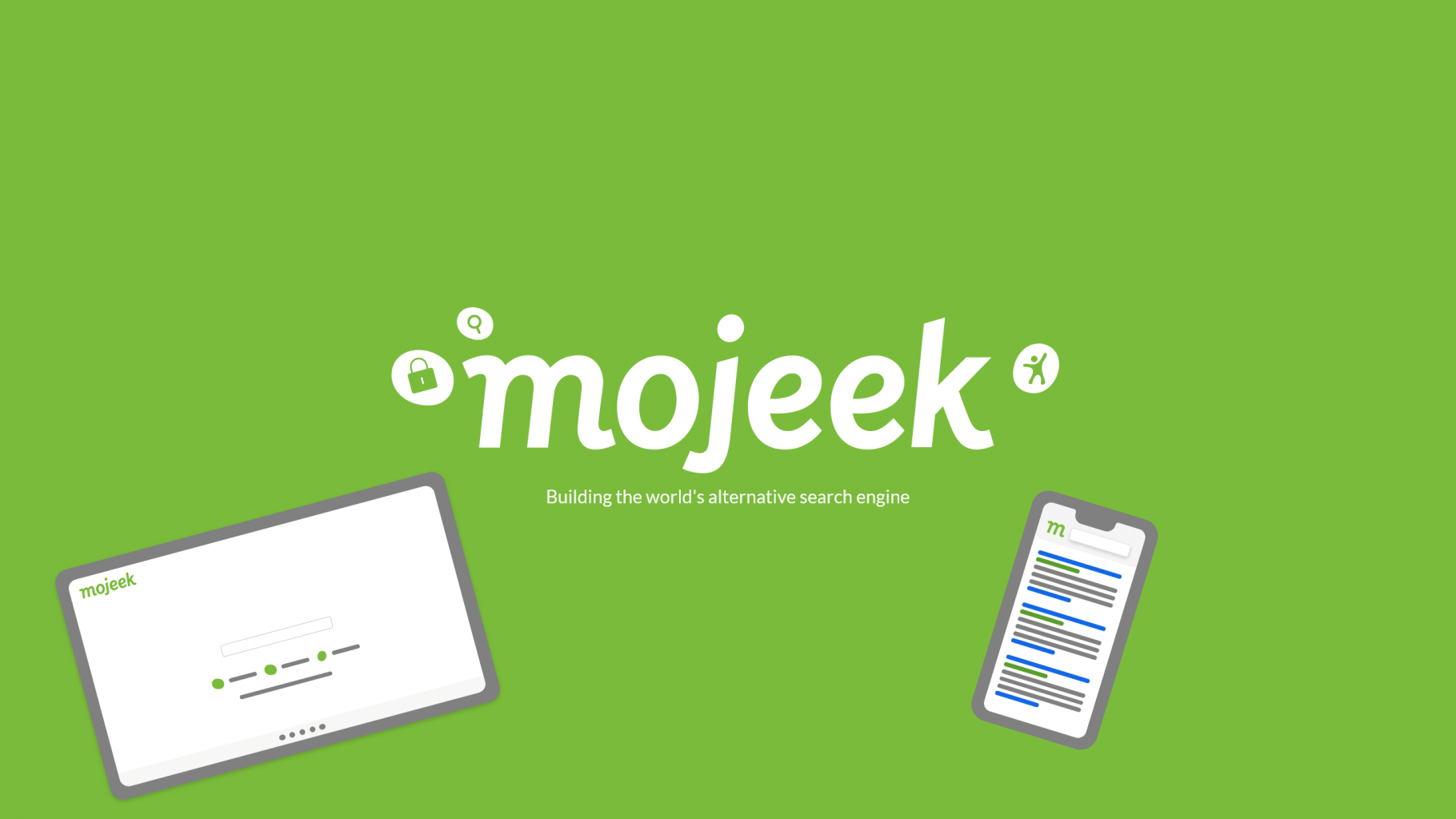 Increased Emphasis on Communications and Design at Mojeek

We are really happy to welcome two new members to our...

We are very excited to announce the appointment of Colin Hayhurst as...